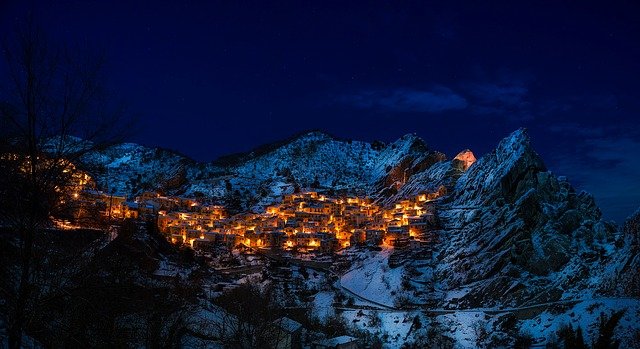 Where should you go in search of winter snow-covered enravishment? You can’t stand this sad grey time? We bring to your attention 20 cities in which winter turns into a real fairy tale…

San Marino is a micro-state with an area of less than 40 square kilometers (15 square miles) and beautiful landscapes in northern Italy. Founded in 301 AD, San Marino is one of the oldest surviving sovereign states and constitutional republics in the world.

You will find this small settlement on the slopes of the Slovenian plateau elovica. The locals decided to build a church on a hill with a breathtaking view of the Julian Alps.

Naarden is a city built inside a star-shaped fort with fortified walls and a real moat. Water in this ditch has a thick layer of ice in winter.

If you have ever wanted to get away from the world, then this place is perfect for that kind of seclusion. Gris Fjord is Canada’s northernmost settlement, it has a polar darkness for 104 consecutive days in winter. The nearest village is more than three thousand kilometers (1800 miles) from this settlement.

Štramberk lies on the side of a wooded mountain, on which carved medieval towers rise here and there. Cute wooden houses, delighting the eyes, warm the happy residents and guests of the city with their coziness in the cold months.

Shirakawa-go is a small village with a traditional Japanese style. It is famous for its extremely steep roofs designed to withstand the heaviest snowfalls.

Damüls has 15 meters (50 feet) of snow every year, making it the snowiest place in Europe. Unsurprisingly, this small town is a popular winter destination for passionate snow sports enthusiasts.

This picturesque area has been popular with people since the Bronze Age and has long been a vast pasture. However, with the time, locals started using these spaces for winter entertainment. They have successfully developed infrastructure for skiing, that is a popular resort “Serfaus-Fiss-Ladis”.

Leisurely life takes place in a place with a name of Marlowe, it has its pwn location on the River Thames. And although this city is only 50 km (30 miles) from hectic London, it has a completely different atmosphere, especially in winter.

Bamberg’s center is declared a World Heritage Site, a mesmerizing gaze for any passer-by. The first settlements in this area appeared in 902 AD. Surprisingly well-preserved, this medieval town with cobblestone streets becomes even more charming in winter.

Siglufjordur is a small fishing town that stretches along a narrow and winding bay, surrounded by mountains reaching into the clouds. This settlement was isolated for quite a long time and did not have land access until 1940, when locals built a long tunnel in one of the rocks.

The word Loket means “cubit” in Czech. To tell the truth the city bears this name because the Ohře River surrounds its center with the castle on three sides .

Resting in the arms of the Italian Alps, the small town of Funes has an annual adorneation with an amazing layer of crystals of sparkling white snow.

On the arctic island of Moskenesøy, there is a pretty fishing village with a name of Reine. Its population is only 329 people, but this place is rightfully called one of the most beautiful Norwegian villages. It wll become a real winter fairytale for those who visit the Rhine this season.

The town of Kalitri is on the picturesque hills of Campania. It is a labyrinth of historic houses and pavements, which become even more interesting to walk after a snowfall.

Thus you can see this beautiful Zermatt in a colorful valley at an altitude of over 1600 meters (1 mile)  among the breathtaking Swiss peaks. Sometimes it turns out to be very difficult to distinguish the roofs of city houses against the background of shining snow.

The Eskimos, representatives of the ancient Sakkak culture, were the first to set foot on these lands about 4,300 years ago. Meanwhile, the modern city is famous for its colorful houses that contrast beautifully with the dazzle white snow.

The mighty Aiguille du Midi mountain rises above the city of Shishillian, the height of which is 3842 m (2 ml). It offers a stunning view of the French Prealps.

You can find this small town of only a few hundred people at the very edge of the great Langvis Valley. Thus, lucky guests of the city, who visit the city during the cold season, can ride the train, which offers breathtaking views of the valley. They can as well stroll among the snow-covered trees.

The name of this city has a translation as “apple orchard on the Nysa river”. This settlement received such a name for its special beauty. Founded in 1356, the city became famous in the 18th century for the skillful work of local jewelers producing costume jewelry. 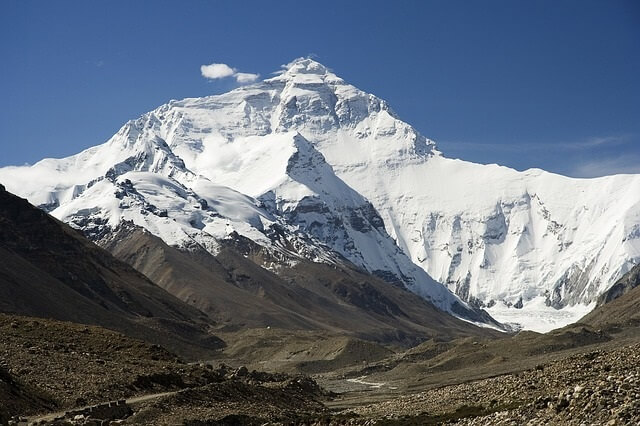 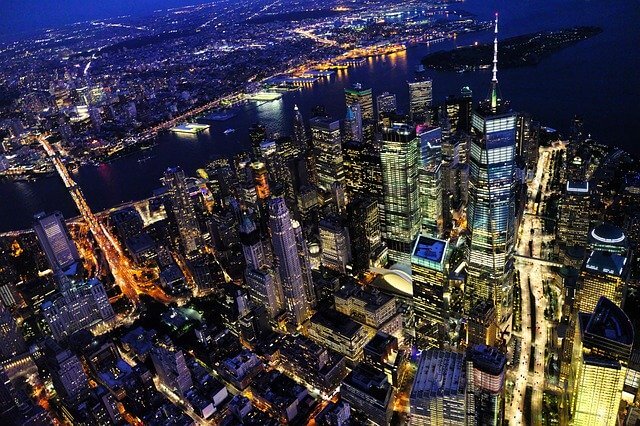 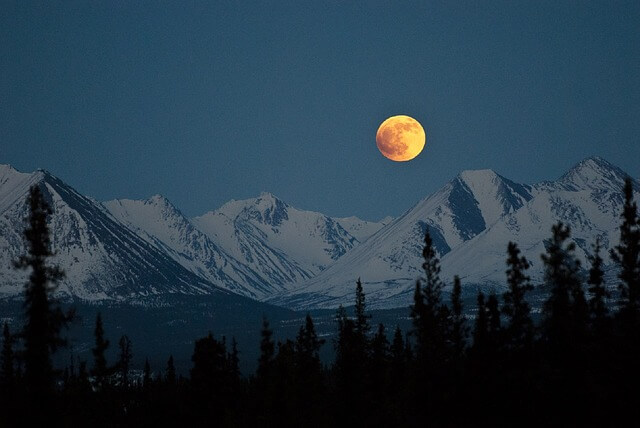 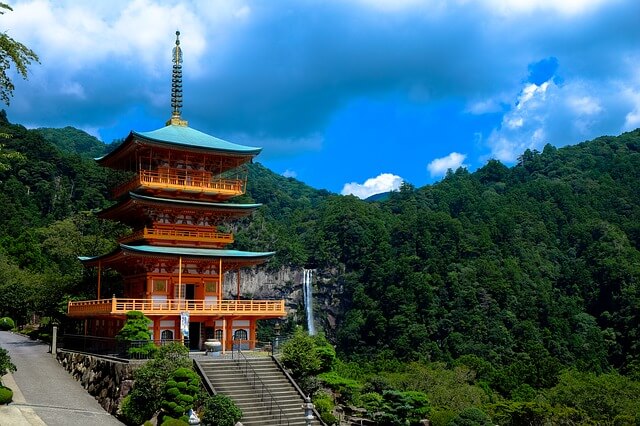 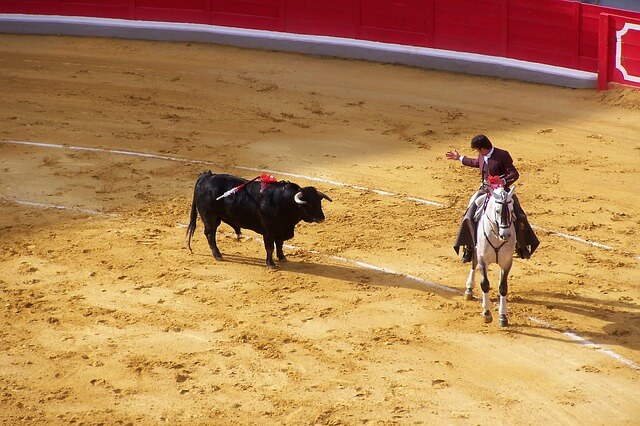 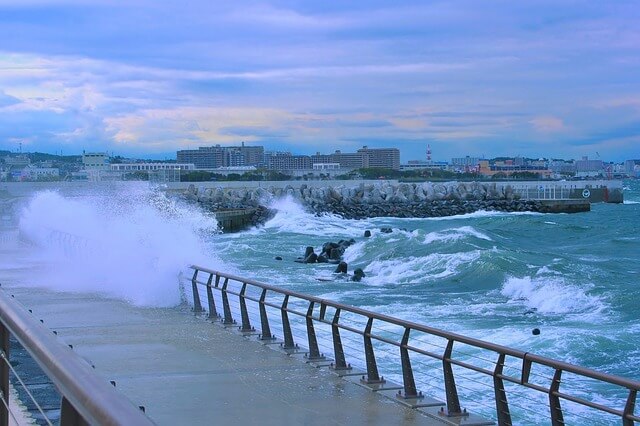 10 interesting facts about bodybuilding
Sport
Have you ever wondered how long has bodybuilding been around?
0 35

100 amazing and interesting facts about a human being
Humans
The human is a social being, possessing intelligence
2 886

The oldest person in the world Nabi Tajima died in Japan
Humans
In Japan, at the age of 117 years, passed away Nabi Tajima.
1 24
20 picturesque places with a winter fairytale
Share on Facebook